Athletes who wish to participate in the sixteenth edition of the Fortaleza de La Mola race, which will be held next Sunday, May 8 from 10:30 a.m., can now formalize their registration online, through the website www.elitechip. net, or at the starting point up to half an hour before the start of the test.

The Menorca Military Consortium, the CCE Sant Lluís, the Balearic Islands Athletics Federation (FAIB), Elitechip and Cecome Menorca Athletics are the organizers of this event, which, after 15 editions, has already earned its place in the calendar of sports competitions that take place on the Island.

The competition has been planned according to the following categories:

To formalize a category there must be a minimum of 4 registered in the male category and 3 in the female category.

Registrations for federated and non-federated children up to and including under 14 (12-13 years old) are free and from cadets (under 16) to veterans (with technical shirt) it has a cost of 10 euros (until May 7 ). Participation in the race includes day insurance and registrations on the day of the test (12 euros) do not have a technical shirt insured

In addition, both the participants and the companions during the test hours will be able to enjoy free admission to the military compound by visiting the facilities with no admission cost.

It is, without a doubt, the only athletic event that takes place entirely inside a monumental, heritage and historical site on the island of Menorca, with an area of approximately 1 square km. 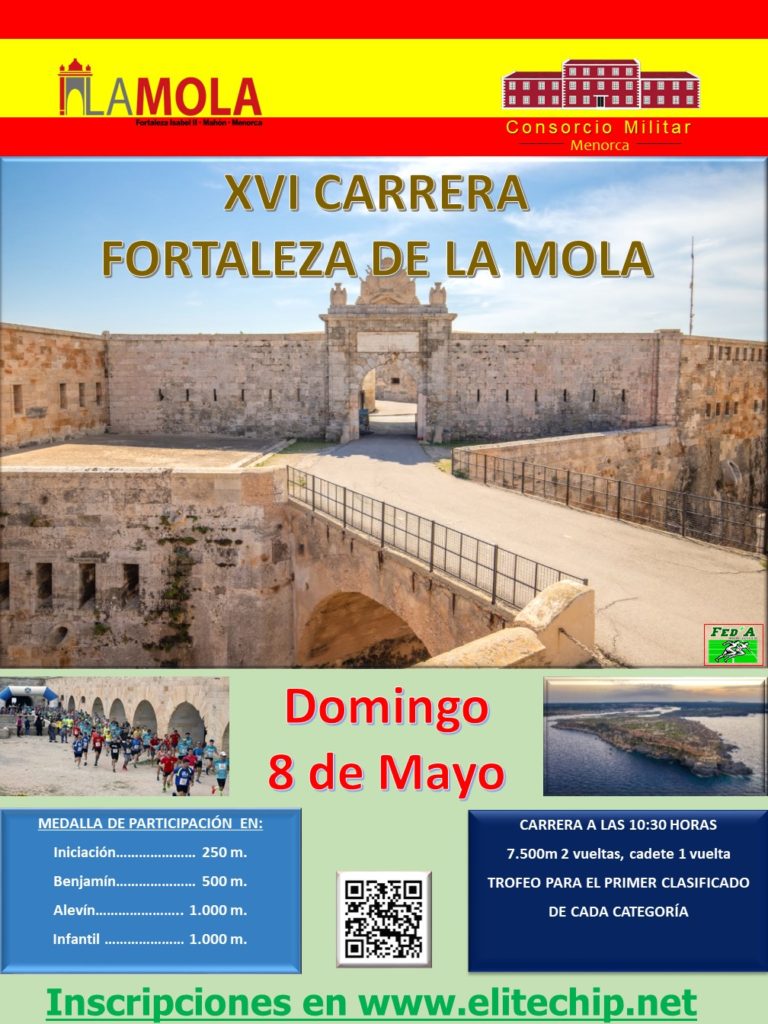