On January 7, the Diario Menorca published an extensive article on the celebration of Military Easter in Menorca.

Said newspaper echoed the intervention of the general commander of the Balearic Islands, Fernando García Blázquez, who reminded attendees of the work carried out to date by the Armed Forces to combat the coronavirus pandemic. Blázquez alluded to the tracking carried out by personnel from the Army and Air Force, as well as the Navy, which was essential for the detection of people infected by the virus. In addition, he recalled the vaccination work carried out on special groups in charge of the military health personnel.

On the other hand, during his speech, the general commander of the Balearic Islands highlighted the work of the Menorca Military Consortium as an “example of collaboration between civil-military administrations” and the participation of the Army in events such as the National Holiday (last month October in Alaior), the collaboration with the Es Castell City Council on the 250th anniversary of its foundation and the Icofort Menorca 2021 International Congress held in La Mola. 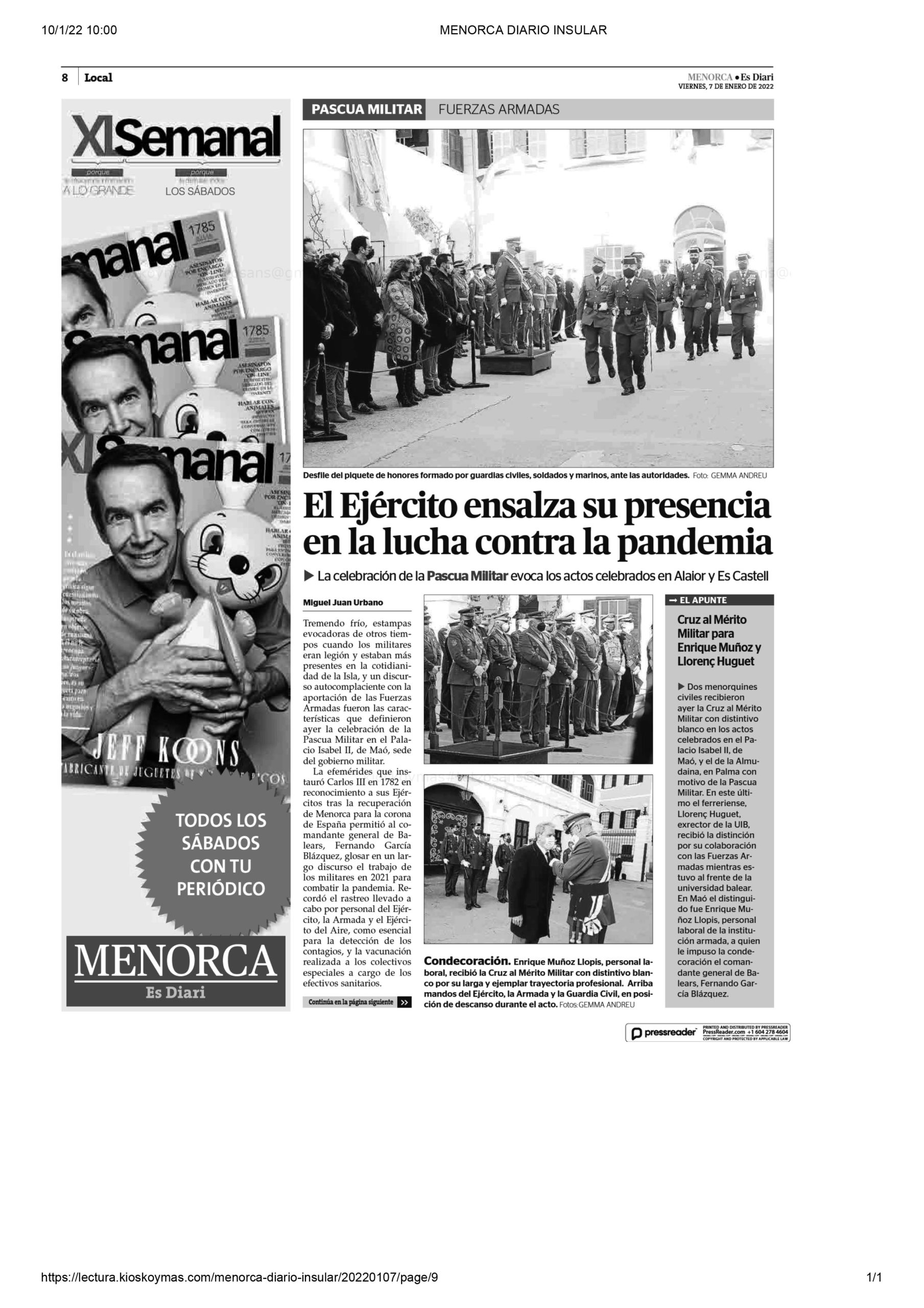