The report explains the origins and history of one of the 11 coastal defense towers built by the English, in this case between 1789 and 1799, to reinforce the island’s fortification.

At the end of the article, the author highlights the neglect and lack of maintenance of the monument, which is in a poor state of conservation.

The Military Consortium of Menorca is aware of the situation and has been working on the recovery of the tower for some time. In fact, several interventions have been carried out in recent years, but the vandalism of some irresponsible people has progressively deteriorated the tower. As an example, it is only worth remembering that not long ago the Consortium changed the access door for another one made of reinforced iron, but it did not help because a few days after having installed it it appeared broken and unusable.

Currently, a right of way is being negotiated with the owner of the property where the monument is located, since it is necessary to introduce heavy machinery (a crane, a truck…) in the area to carry out the work of recovering the tower to its original state. These conversations are turning out to be very complicated and are dragging on over time. 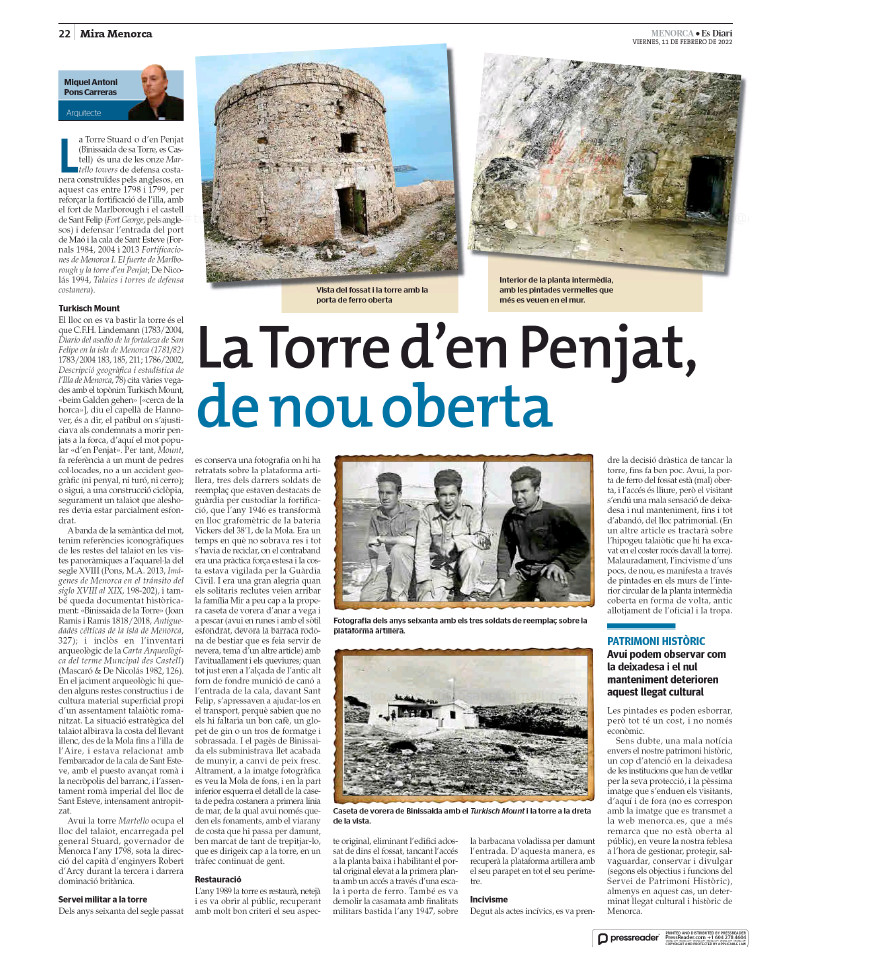