On July 23, the Diario Menorca published an article about the Castle of San Felipe in the pages of the special Sant Jaume, dedicated to the festivities of the municipality of Es Castell.

Despite the fact that, for the second year in a row, the municipalities of Menorca cannot celebrate their festivals as established by tradition, said media also publishes its specials dedicated to them, with the hope that next year they will be able to recover the festivities. Normal.

In the two-page article, it is announced that every Saturday at 10 am until the end of August, the residents of Es Castell can enjoy a guided tour at no cost, only by presenting their ID.

This initiative is carried out thanks to the collaboration between the Town Hall of the town and the Consorcio Militar de Menorca, the public body that manages said monument. 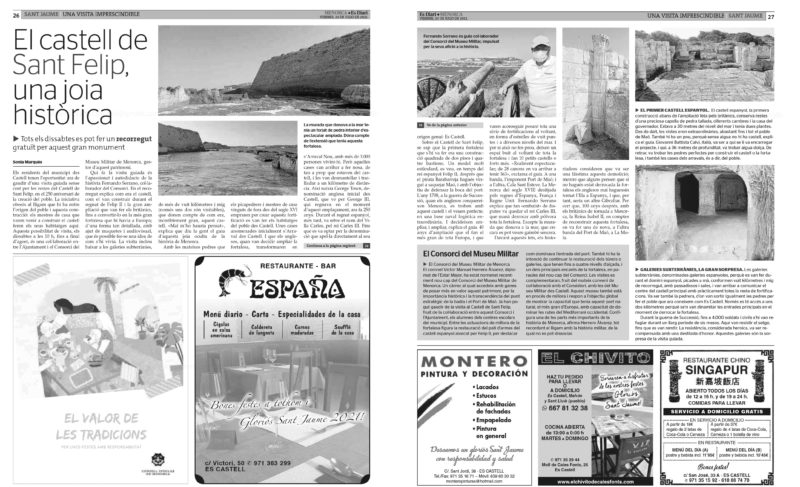