On February 21, Diario Menorca published an article, whose author is Juan Hernández Andreu, a member of the Institu Menorquí d’Estudis (IME), on economic aspects related to the takeover of Menorca by the Spanish in 1782.

This report reveals and compares the future of trade in Menorca during the successive British and Spanish dominations, as well as the changes that took place with the different governments.

Juan Hernández Andreu states that “it is illustrative that the Menorcan economy declined during the last British domination, between the autumn of 1798 and the spring of 1802, according to the study by Amador Marí (1989) about the wheat trade in the port of Maó between 1792 and 1802, according to the Registry of Health Patents”.

It is, without a doubt, a very interesting information to know how Menorcans lived during the 18th and 19th centuries and what was the basis of their economy to survive. It also highlights the importance of the destruction of the Castle of San Felipe for the easy takeover of Menorca by the English in 1798. 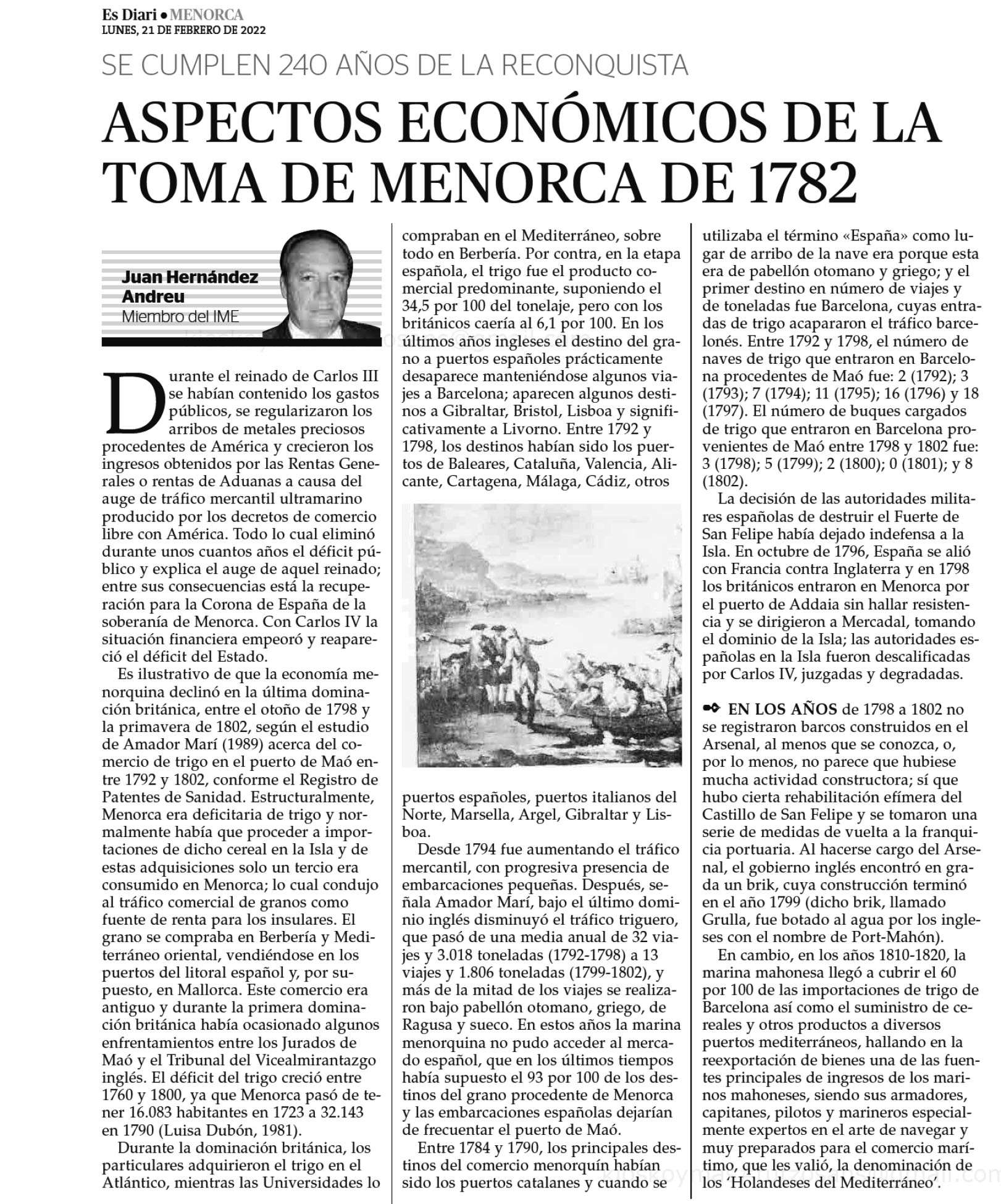