The Diario Menorca publishes in its edition of November 29 “A little-known manuscript in Menorca”, in reference to Pascual Gayangos, a millionaire, bibliophile and scholar who bought countless manuscripts, many from the Balearic Islands in general and from Menorca in particular.

In his legacy there is a 12-page manuscript relating to our Island, undated but which seems to be from the second half of the 18th century or the beginning of the 19th. He describes the island of Menorca briefly and states that “the antiquity of Menorca is confusing”.

Said documentation recounts the looting of the pirate Barbarossa who took captive all the inhabitants of the Island (30,000 people) except six individuals.

The manuscript also explains that Ciudadela, Alaior, Mercadal and Mahón were the four districts or universities in which the Island was then structured and, furthermore, that Menorcans were divided into four social classes: gentlemen, citizens, farmers and artisans. 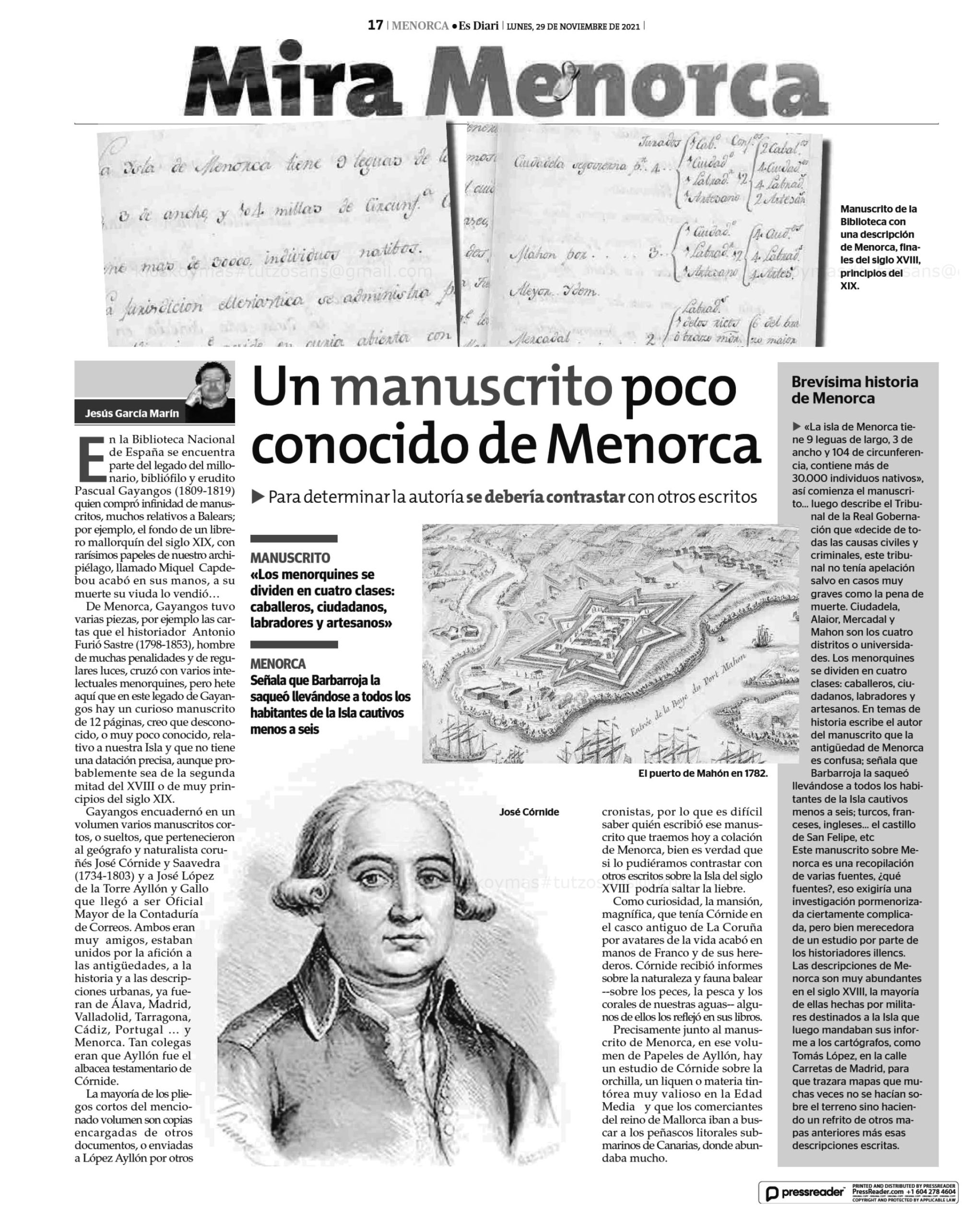