The six editions of the 10/5 Miles City of Mahón have demonstrated their true sports and tourism potential this year, registering a record number of participants (375 runners in total), almost half of whom have come from outside Menorca to enjoy of the Island and of a very special race because it passes through places of cultural and patrimonial interest such as, for example, the Isabell II Fortress. In fact, the start and part of the route for said event took place inside La Mola.

Lieutenant Colonel Francisco José Campo Largo, acting director of the Menorca Military Consortium, stated that “it is an honor to be able to contribute to the development of this sporting event that allows us to know the unique charms of Menorca and especially the grandeur of the fortress of Isabel II at the mouth of the port of Mahón. ”

The 10/5 Miles City of Mahón is, without a doubt, an excellent opportunity to promote, abroad and in the world of sport, the most important monument managed by the Menorca Military Consortium and which receives thousands of visitors every year. 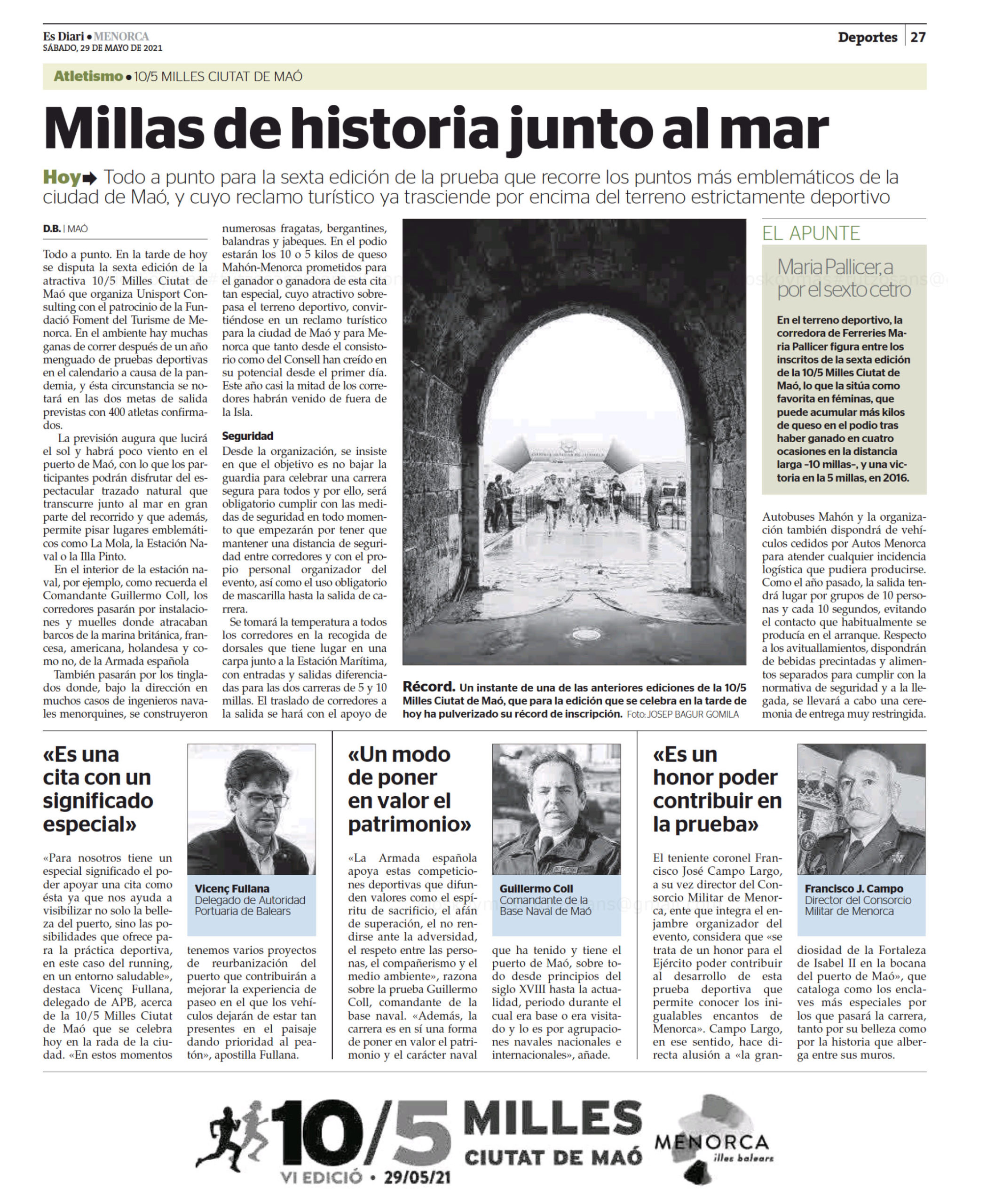