“Throughout the nineteenth century, many Cuban independence prisoners ended up deported for a season in Spain, to points such as Chafarinas, Fernando Póo, Cádiz, Málaga and Mahón. It was about keeping them away from the conflict, La Fortaleza de Isabel II, finished in 1975, it was a perfect facility for forced isolation. The case of the deportee Bandera is not unusual … ”

In this article by Francesc Portella from the Diari Menorca, let’s read the fascinating story of General Quintin Bandera, deported from La Mola in 1880. Before leaving for Cuba he married the Mayonnaise Francesca Orfila in 1886, with whom he would undertake the return trip to La Mola. Caribbean island. 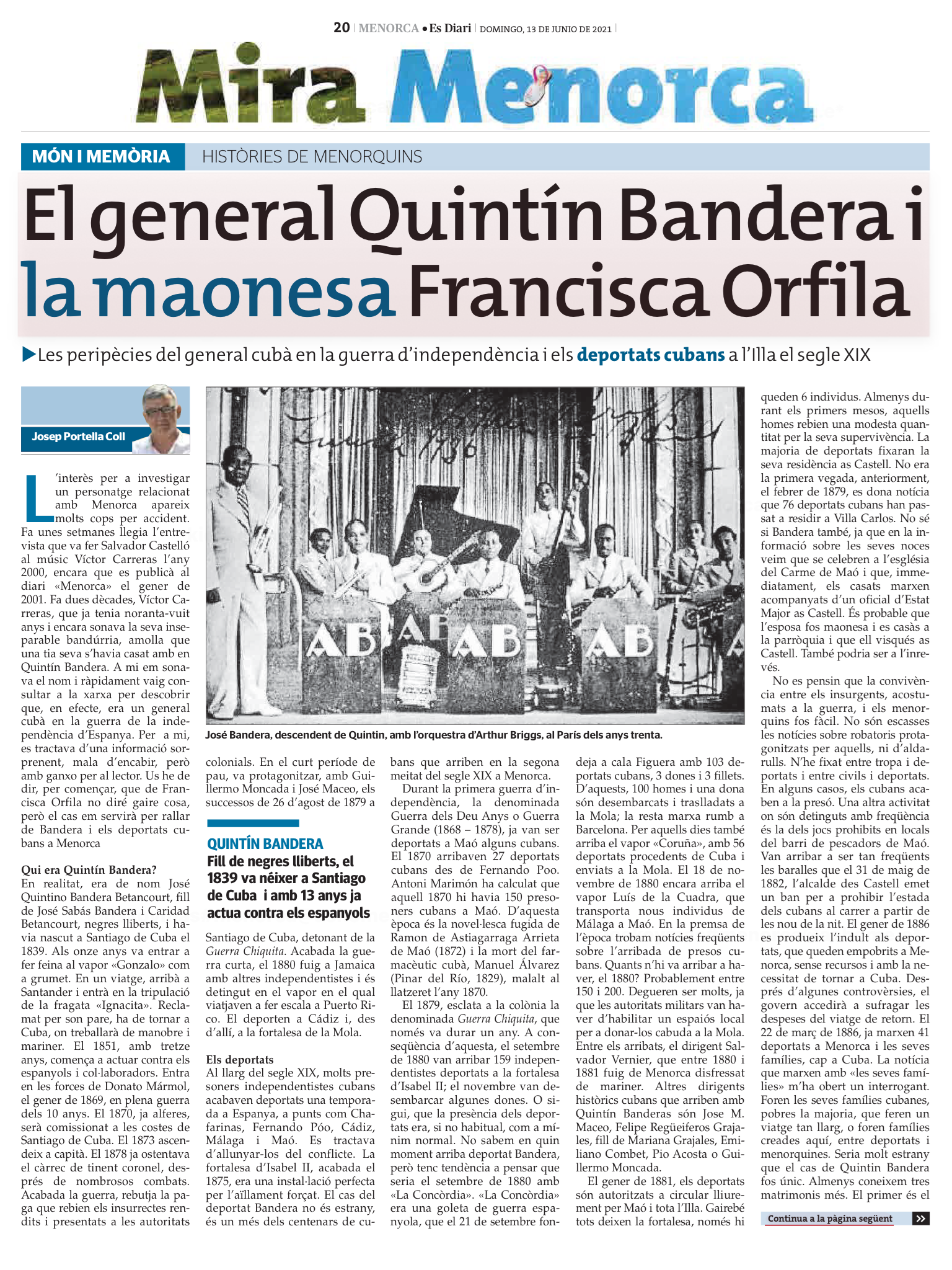