On December 6, the Diario Menorca published an article by Miguel Ángel Limón on the return of Menorca to Spanish sovereignty. This report narrates the vicissitudes of the Menorcan people who “were forced not to consummate a mere ascription to a previous secular sovereignty, but rather to go through an adaptation to a Spain that had very little to do with the Habsburg kingdom, in reality abolished as of 1700 with the change of dynasty in favor of the House of Bourbons ”.

The columnist assures that it was a traumatic experience for the island’s inhabitants that cost blood and tears (revolts and emigrations) since then “Spain was a reformer, liberal and unitary, politically Elizabethan, firmly resolved to modernize the rancid structures of the Old Regime, but also to centralize and standardize everything up to the limits of suffocation for any periphery, geographic or legal ”.

He continues the report stating that “in the first 20 years of the century two factors of extreme gravity converged. On the one hand, the so-called Revolt of Year Ten and, on the other, the economic depression of 1820. The worst of all, he continues, was the destruction of the economic model of re-export and naval commercialism ”. 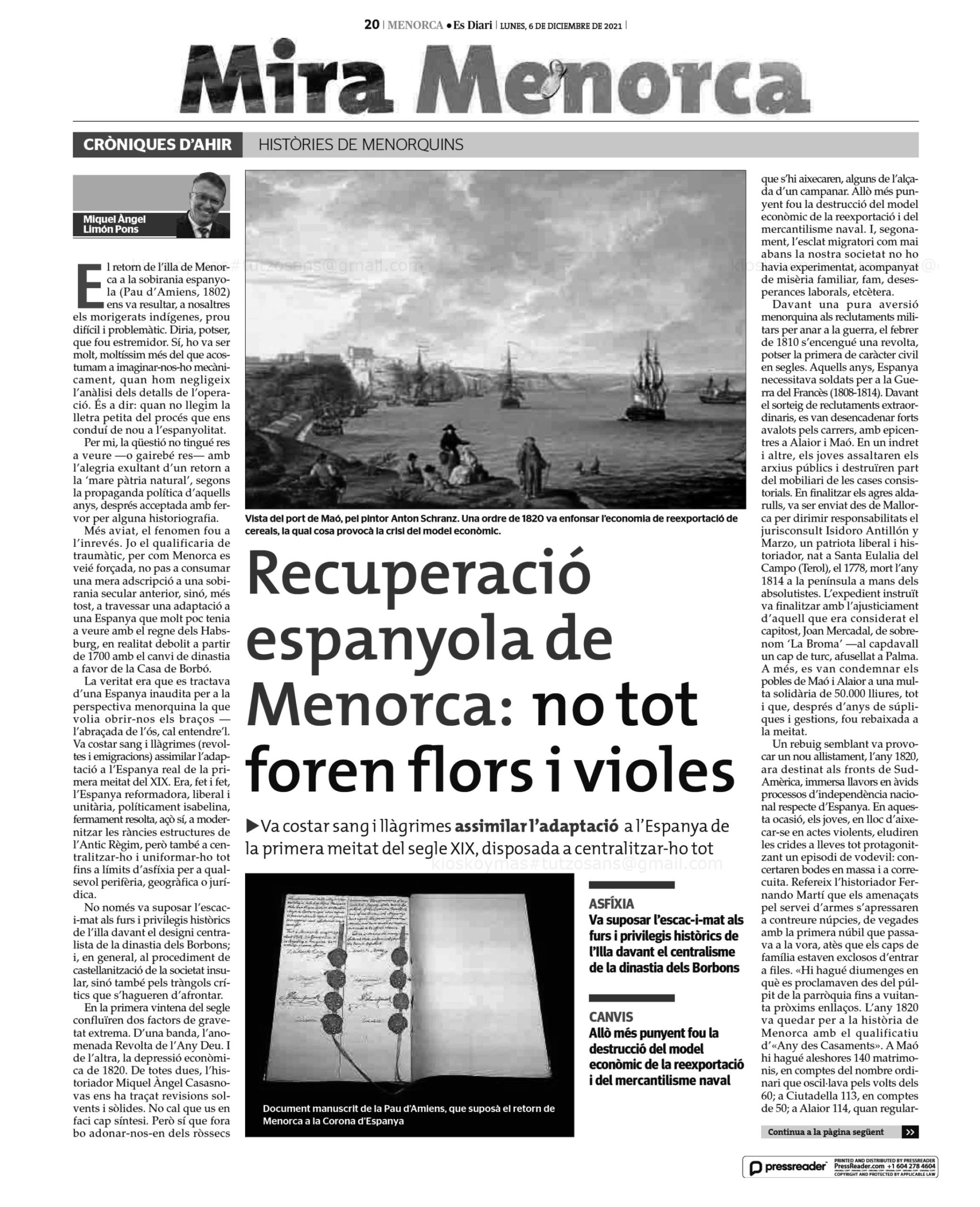 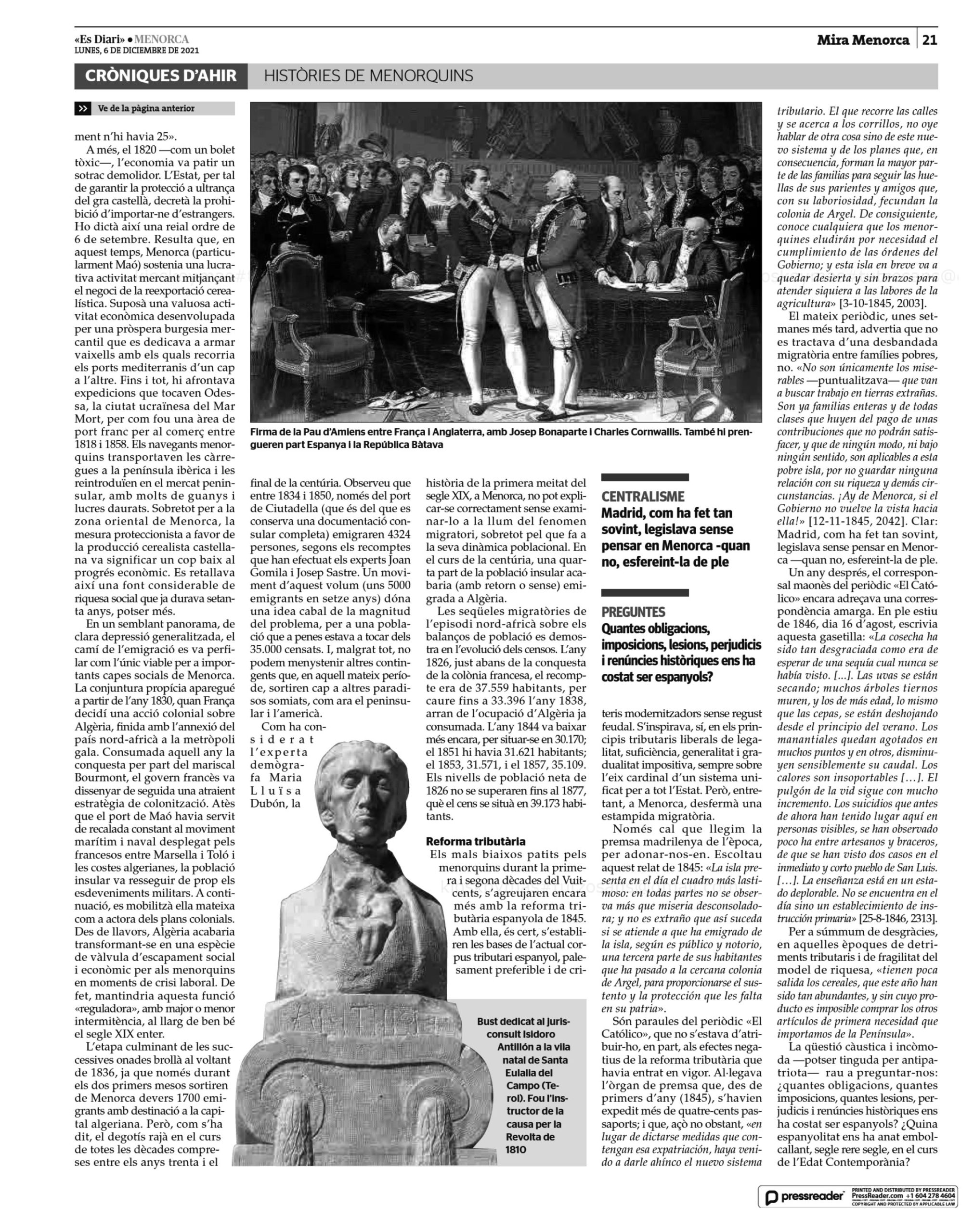