The Consorcio Militar de Menorca recommends one of his published books, the author of which is Marcos Seguí Pons from Menorca, commander of Artillery and descendant of one of the participants in the war conflict that is the object of the work.

Marcos Seguí’s book is situated in the historical context of the War of the Moroccan Protectorate and, in addition, reflects the situation, equipment, endowment, organization and environment of the Army Units deployed in Menorca, particularly the Mahón Infantry Regiment 63.

War of the protectorate, Menorca in Morocco also highlights some aspects of the society of the time that will arouse curiosity among readers to the extent that they can identify, through its pages, relatives, acquaintances and the port settings from Mahón where the emotional farewells to the expedition members were carried out.

The work was presented at the Ateneo de Mahón on April 20, 2016. If you are interested in knowing more about this part of the history of Menorca, you can purchase the book through the “publications” section of this same website. 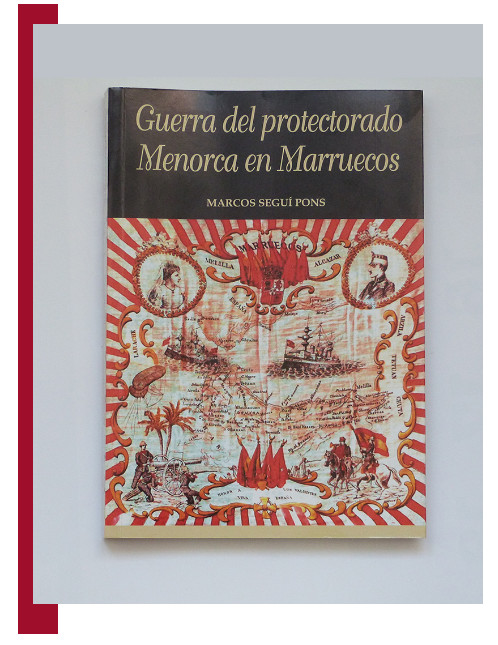