On February 1st, Diario Menorca dedicated its section “Mira Menorca” to a very curious and original piece of news about the initiative of an individual who, through the Las Fortificaciones de Menorca Instagram account, is dedicated to recreating episodes from history military of the Island using Playmobil dolls dressed in the military costumes of the time.

According to said article, the creator of the idea is called Òscar Mas (Barcelona, ​​1980), “a passionate about history and a fan of the Playmobil universe”, whose uncle did his military service in La Mola. After a vacation trip to Menorca, Mas has established a very close relationship with the island and decided to launch “a project for all audiences, but what I really intend with it is that children get hooked on the story; with the Playmobil in between I think it’s a little easier”.

Mas took advantage of his participation last October in the ICOFORT Congress, which was held in La Mola, to take most of the photos that he is now publishing on social networks. 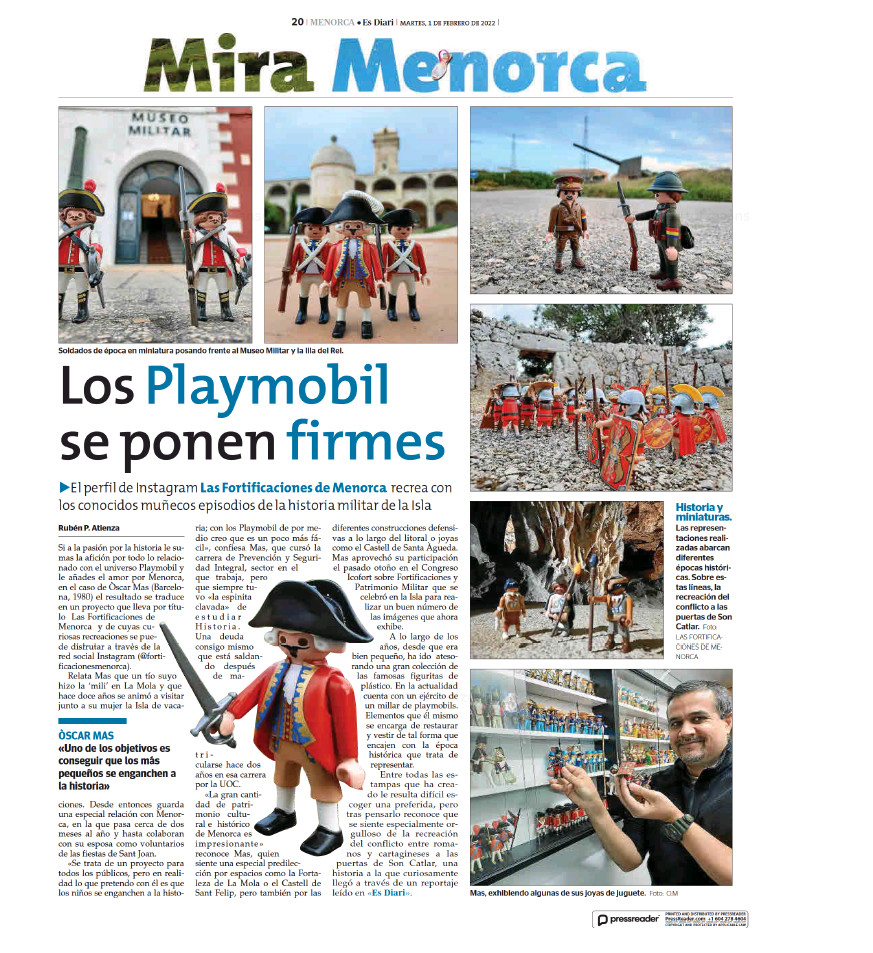