The Diario Menorca publishes on Monday, November 15, in its section “Mira Menorca”, a report on the exhibition in the Military Museum of Menorca of 14 military bands from different countries, formed by tin soldiers, thanks to the donation of Lluís Guasteví, a lover of music and a pacifist who for 25 years was collecting these pieces as if they were a small treasure.

Guasteví was a great-grandson, grandson and son of musicians and his passion for military music bands arose at the young age of 2 or 3 years, when at the beginning of the 50s he enjoyed like no one else with the passage of the Mahón Band just in front of his family home, in Sa Costa de Sa Plaça in said municipality.

According to his widow Lali Olives, it was not until about 1985. when, during a two-month stay for work reasons in Palma de Mallorca, he discovered the first lead soldiers at the counter of a store. Thus began the collection.

Following his death in 2012, his family made the wish of the then director of the Menorca Military Museum, Francisco Fornals, come true, who had previously expressed his desire to exhibit said collection in the Museum, where it is currently admired by the visitors. 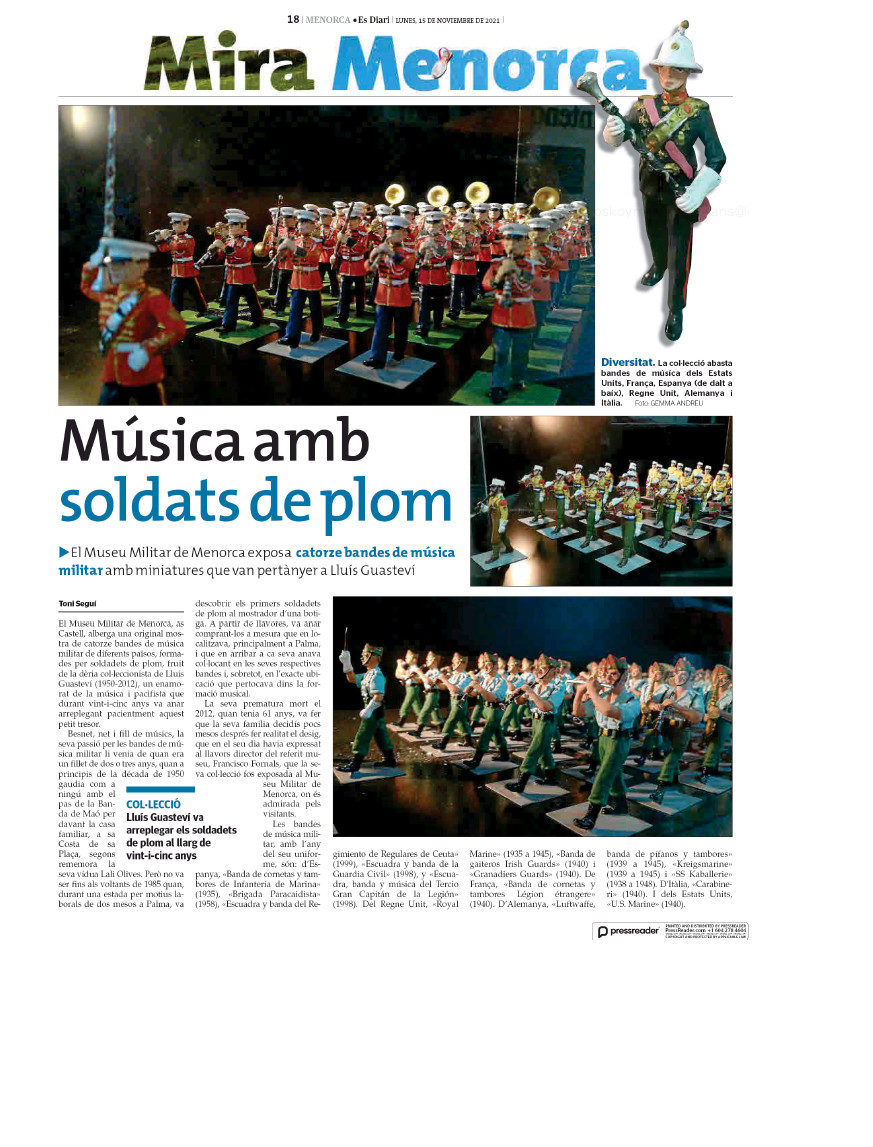