The collaborator of Es Diari, Fernando Serrano, published on May 20 of the current year in his section “Without hairs on the tongue” an article on the naval battle of Port Mahón, an event that, says the writer, “changed the history of Menorca ”.

With the title “Four actors for a historical drama”, Fernando Serrano, explains the details of what happened 265 years ago, specifically the year 1756, when “the troops of Louis XV, King of France, under the command of Louis Françoise Armand de Vignerot du Plessis, Duke of Richelieu (he was 60 years old and the great-nephew of the famous Cardinal Richelieu) landed on April 18 in Ciutadella”.

The writer knows the facts perfectly, it is not in vain that he is the official guide who carries out visits to the Castillo de San Felipe. History tells us that “some 15,000 soldiers, well equipped, crossed the island to come to stand in front of the Castillo de San Felipe and initiate a formal siege of the impressive fortress, located at the mouth of the port of Mahón. The fortress, which was reputed to be impregnable, had a garrison of some 3,100 soldiers under the command of Lieutenant General William Blackeney, First Baron of Blackeney, whom George II had made Lieutenant Governor of Menorca”.

It is, without a doubt, a very interesting article and, therefore, if you want to know the entire historical chronicle, the Menorca Military Consortium recommends reading it. 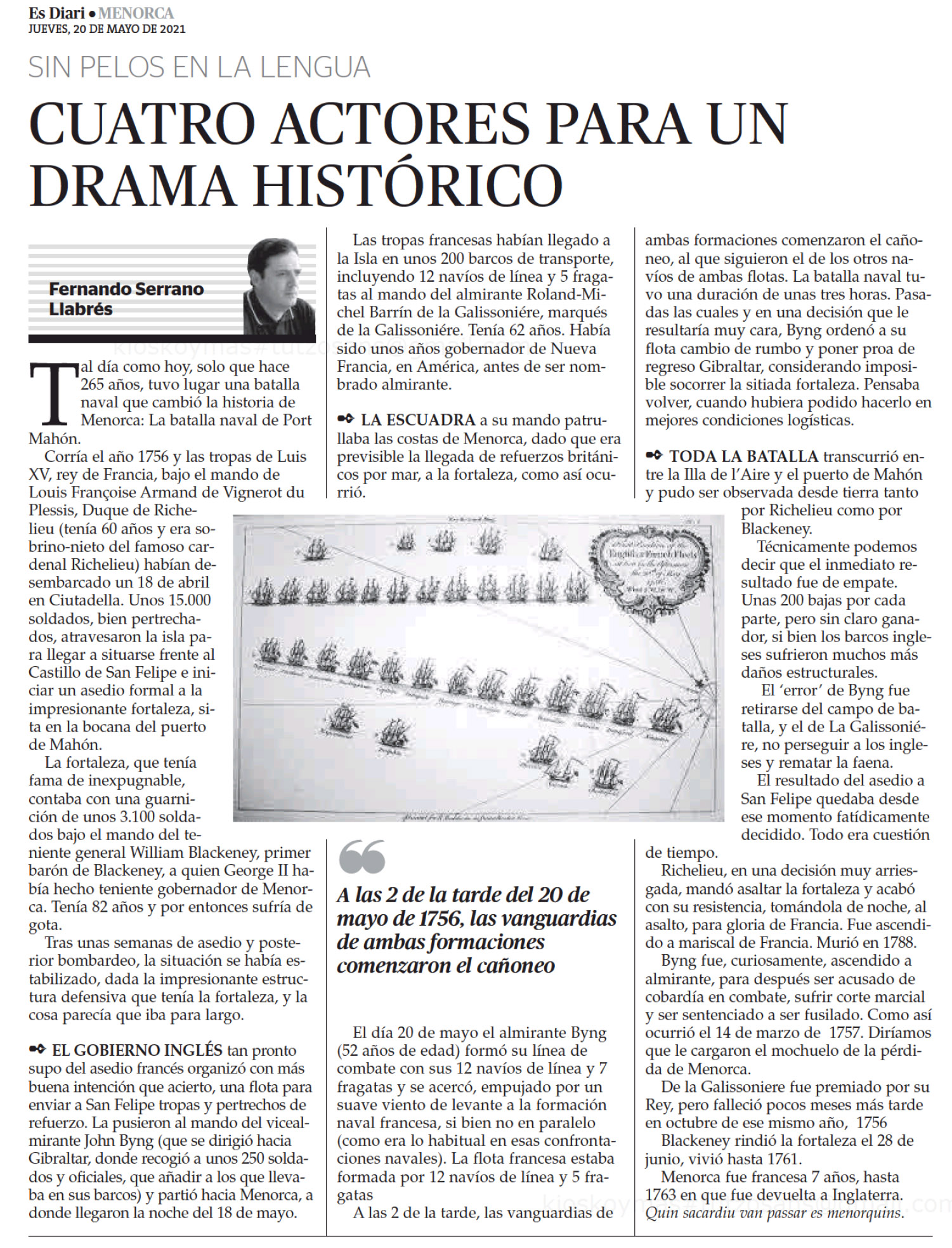